To continue the list of PC/SC wrappers initiated more than four years ago with "PC/SC sample in different languages" I now present a PC/SC sample written in JavaScript using Node.js.

The node-pcsclite project is hosted at github and is quiet active. Support of Windows is not yet available. Support of Mac OS X is now correct after I proposed some patches.

The installation on a Debian unstable or testing (Jessie) system is easy. Just follow the project documentation. Debian stable (Whezzy) do not have the nodejs packages but these packages are available in wheezy-backports.

One potential problem is that the Node.js binary is called nodejs on Debian to avoid a conflict with another node binary. To have a node binary corresponding to Node.js you need to install the Debian package nodejs-legacy. It is not difficult but may be the source of some difficulties at the beginning.

A reader event (reader removed) is reported as an event.

The card status change is reported as an event.

The reconnect function is missing. A bug #10 is open requesting its addition.

Node.js is an asynchronous framework. So a typical Node.js design pattern is to use a call-back instead of blocking the execution of a function.

The code can be complex to follow since you have a cascade of call-backs if you need to send a sequence of APDU. In the sample we only need to send 2 consecutive APDU.

The program is not sequential but event based. So without the explicit exit after 1 second the program never terminates and you need to stop it using Control-C. It is strange for me.

Two other similar projects are also found at github. They have both the same name node-pcsc but are not the same project:

The node-pcsc interface from coolbong uses a synchronous API so no call-back are involved for PC/SC calls. You can send a sequence of APDU as you would do in C.

This wrapper is for Windows only and need some work to port it to Unix. I opened a bug #1 requesting Unix support.

This wrapper is not yet able to send arbitrary APDU to a card. It looks like a work in progress that stopped in November 2013.

If you want to use a smart card from a JavaScript program using Node.js the best choice may be the node-pcsclite project. The project maintainer is nice and reactive.

If you know a PC/SC wrapper that is not yet in my list then please contact me.

After discussing with Santiago Gimeno (node-pcsclite author) and fixing Mac OS X bugs in node-pcsclite I modified the sample source code to add the clean up exit() function and exit properly from the program when no more callbacks are waiting.

Email ThisBlogThis!Share to TwitterShare to FacebookShare to Pinterest
Labels: code

I just released a new version of pcsc-lite 1.8.12.
pcsc-lite is a Free Software implementation of the PC/SC (or WinSCard) API for Unix systems.

If you can read French and you are interested in NFC it is a good reading. 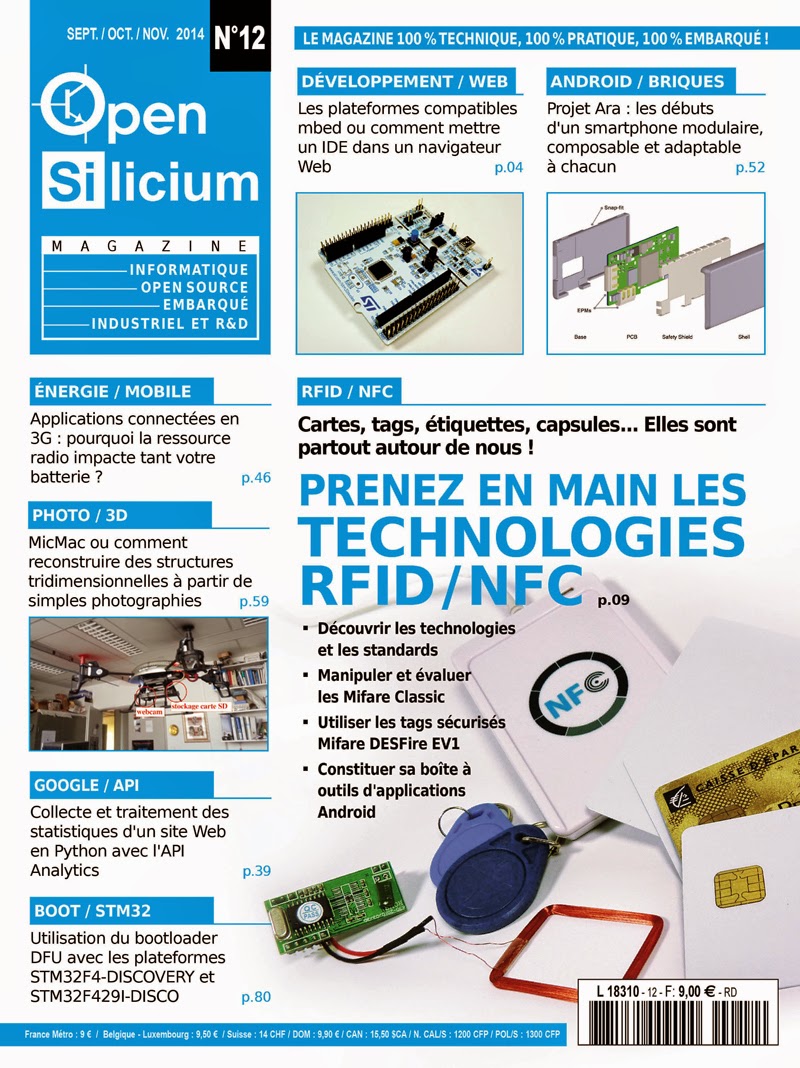 Sorry, it is in French.

Email ThisBlogThis!Share to TwitterShare to FacebookShare to Pinterest
Labels: NFC

I just released a new version of pcsc-tools, a suite of tools for PC/SC.
The only change is the update of the ATR list.