I just released a new version of pcsc-tools, a suite of tools for PC/SC.
I also forgot to announce the version 1.5.8.

The major changes are for the tool.

Last year in "Accessing a lot of smart cards?" I wrote about accessing many smart cards in parallel.

One of my test platform was the sysmoOCTSIM, an 8-slots reader I presented in "sysmoOCTSIM: 8 slots reader". One advantage of this reader is that the 8 slots can be used at the same time. But my CCID driver did not support simultaneous access of different slots of the same reader.

Extract from the previous article (March 2021):

My CCID driver for Unix do support multi-slot readers. But only one slot can be used at the same time. It is a limitation of the driver. 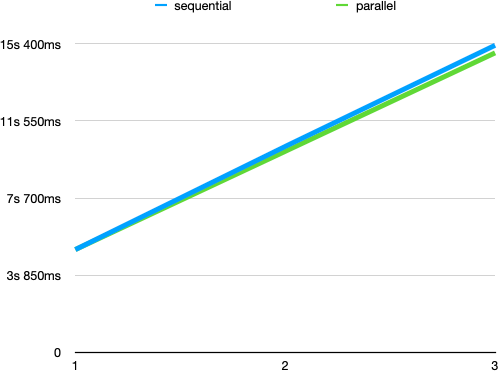 You may note that in the case of parallel execution we have a linear growth. As I explained before only one slot can be used at the same time. So pcsc-lite (the PC/SC resource manager) has to serialize the accesses to the different slots from the different executions.

The parallel execution is a bit more efficient than the sequential execution because part of the execution can be executed in parallel. But not so much.

My CCID driver now (since version 1.5.0) has support of simultaneous access to the slots of a reader.

But not all multi-slots readers can support simultaneous access. The reader must declare that all the slots can be used the same time. The USB descriptor field bMaxCCIDBusySlots must have a value greater than 1. Ideally this value should correspond to the number of slots. My CCID driver enables simultaneous access only if bMaxCCIDBusySlots correspond to the number of slots i.e. bMaxSlotIndex +1.

Readers that should support this feature:

Not so many readers will benefit from this improvement. They are:

So what are the performances now?

With the sysmoOCTSIM 8-slots reader I now get:

I used the GNU time command to measure the User, System and clock times. 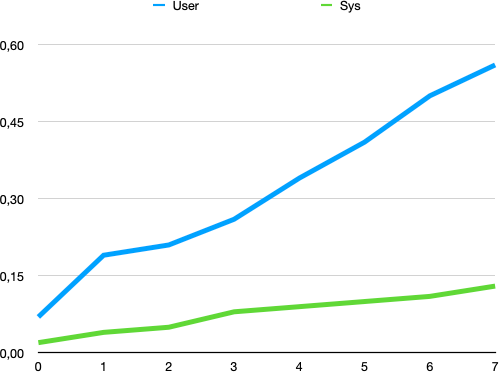 As expected the user (and system) time grows with the number of cards (slots) used. 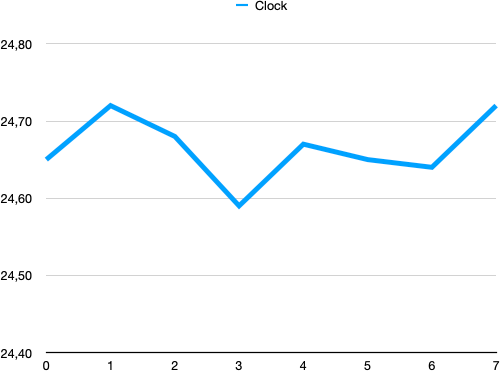 Also as expected the clock time is rather constant to 24.6 seconds in all cases instead of growing linearly as it was in the case in "Accessing a lot of smart cards?".

We can clearly see the effect of the simultaneous accesses here.

I got (remote) access to a sysmoSIMBANK 96 with 96 slots. See "A reader for 96 smart cards? sysmoSIMBANK" for more details about the reader. 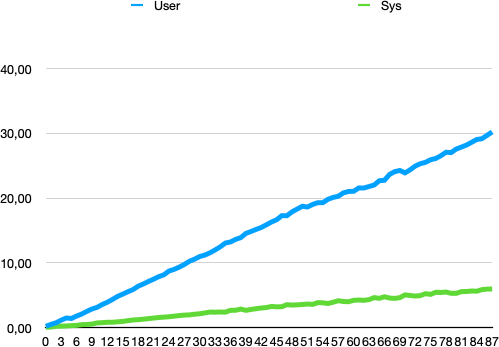 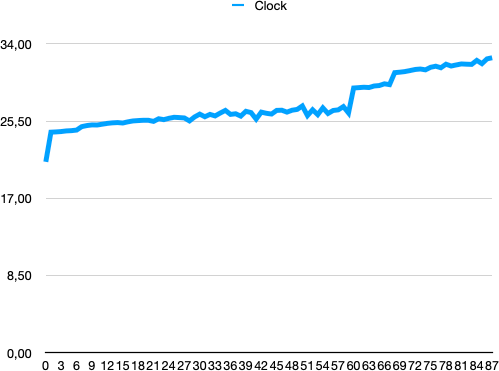 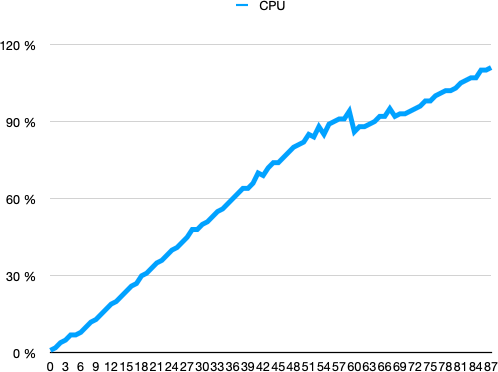 The CPU load is also growing linearly. The system has a 4-core CPU so it is not surprising to get more than 100% of CPU usage.

My sample test is not optimized for speed or CPU load at all. I use make -j to start one Python program per slot. So make has to start 88 Python processes in the case of 88 slots.
The goal was to use standard and simple tools.

I stopped at 88 slots instead of the expected 96 because one of the 12 sysmoOCTSIM reader (part of the sysmoSIMBANK 96 reader) was not working correctly at the time.

A big thank to Sysmocom for helping my work on this code.

I am very happy to see pcsc-lite and my CCID driver able to handle 88 APDU exchanges at the same time.

Multi-thread programming seams easy but it is difficult to write correct multi-threading code.

For example pcsc-lite and my CCID driver use threads and are not (yet) perfect. One problem in particular is the access to the same variable from different threads.

This source code exhibits the problem.

If I compile and run the sample code I get:

or, with another execution:

You can see that the variable global that is NOT declared with _Atomic does not have the expected value. Some updates of the variable value failed (were skipped).

Another option if you do not want or can't use _Atomic is to use pthread_mutex_lock() and pthread_mutex_unlock() to protect the accesses to the variable. But the code is then harder to read.

The problem was reported by andrei-datcu in the pull request No data races in EHStatusHandlerThread.

I then fixed different problems in these changes (non-exhautive list):

And simplified the code by removing a mutex in Remove mutex and use _Atomic instead.

The next versions of pcsc-lite and libccid will be safer and more correct.

I wish you a happy new year for 2022.
Maybe COVID-19 will be less problematic this year. We will see. 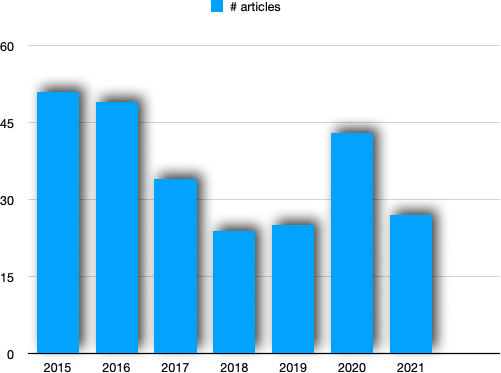 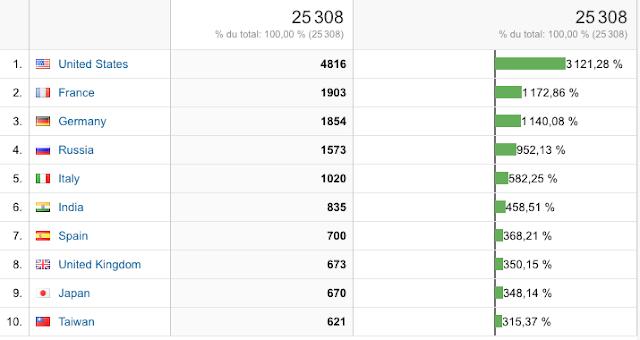 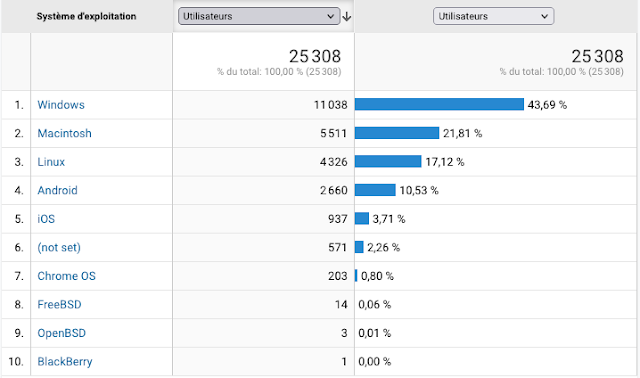 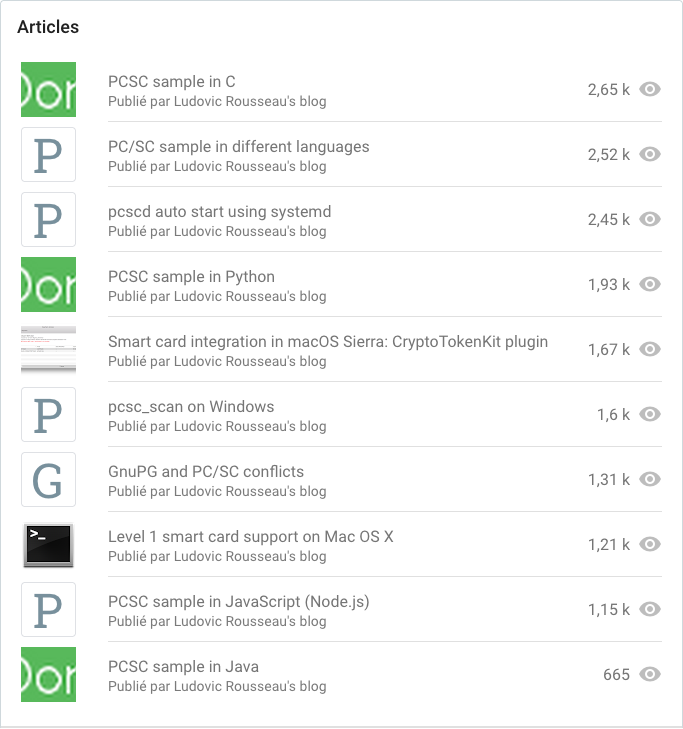 This year again articles about sample code in different languages are popular.

The article about on Windows moved from the 8th to the 6th place in the top 10. Maybe I should write more about Windows? ☺

Thank you to you, readers.

This blog has no advertising. If you want to support me you can send me some bitcoins or become a github sponsor.