Feitian sells the bR301 smart card reader. This reader uses Blutooth to communicate with a host. The idea is to be able to "connect" the reader to a smart phone (iOS and Android).

The reader can also be connected using a USB cable. In that case the reader is a normal CCID reader and is already listed by my CCID driver in the "Should work but untested by me" list. 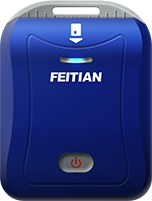 The SDK (containing the reader drivers) is not directly available from Feitian web site. But you can get it from a reseller web site at http://cartesapuce-discount.com/en/smart-card-reader-usb/74-lecteur-de-cartes-a-puce-usb-cardman-3121.html. The SDK URL is http://download.ftsafe.com/files/reade/bR301_UB_V2.19_20141008.zip.

It is perfectly fine to modify my CCID driver and provide a derivated work. The only condition is to respect the GNU LGPL v2.1+ license used by my CCID driver. This was not the case with the Feitian driver.

After some email exchanges with Feitian to explain the situation they decided to release their iOS driver under the same license as my CCID driver: the GNU LGPL v2.1+ license. The Feitian iOS driver is hosted at github: https://github.com/entersafe/bR301_iOS.

I am happy the issue ended that way.