From Wikipedia https://en.wikipedia.org/wiki/Answer_to_reset#Interface_byte_TA1 (with some edition to remove extra details):


Interface byte TA1, if present, is global, and encodes the maximum clock frequency fmax supported by the card, and the number of clock periods per ETU that it suggests to use after the ATR, expressed as the ratio Fi/Di of two integers. When TA1 is absent, it's assumed default value is ‘11’, corresponding to fmax = 5 MHz, Fi = 372, Di = 1. 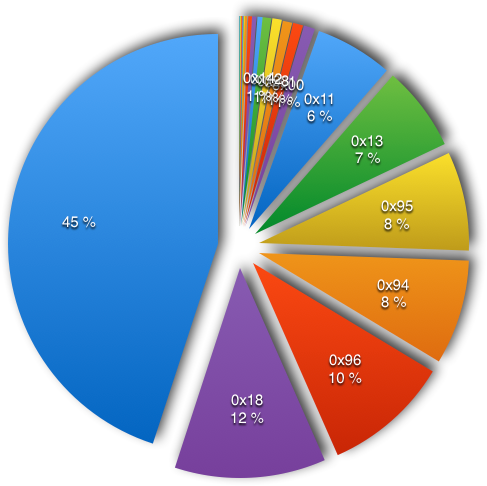 The TA1 value indicates the maximal communication speed between the card and the reader supported by the card. The reader may not support such a high speed. A lower speed will then be used (negotiated by the reader itself or by the reader driver).


The table provides the data rate value for a clock of 4 Mhz. We have seen in "CCID descriptor statistics: dwDefaultClock" that 4 Mhz is the default clock of 48% of the CCID readers in my list.

You can note that there is different values of Fi and Di that give the same data rate. For example TA1=0xA8 and TA1=0xD6 both give a data rate of 62500 bits/s when using a clock at 4 MHz.

We can count the number of ATR for each value of TA1. We get the table bellow:

We can draw a graph of the number of ATR for a given data rates to get an idea of the repartition: 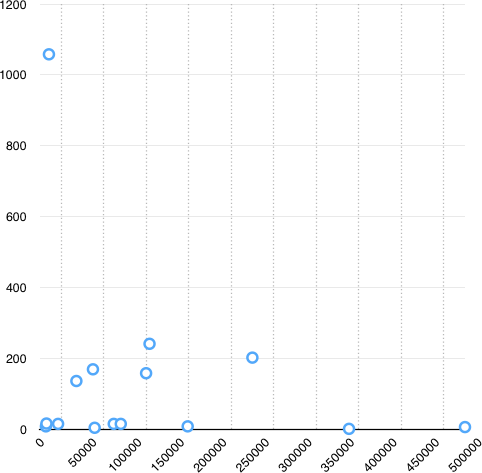 We can also compute and display the median value: 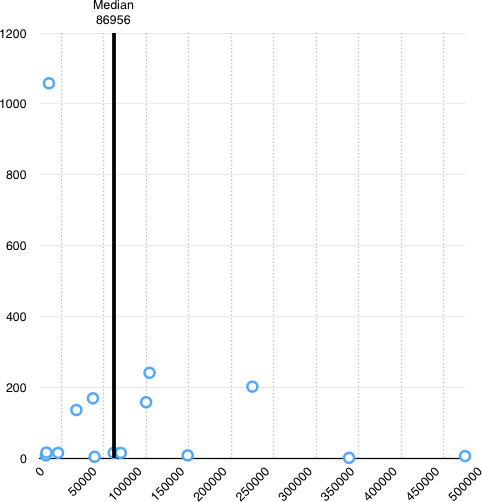 So we get another distribution graph: 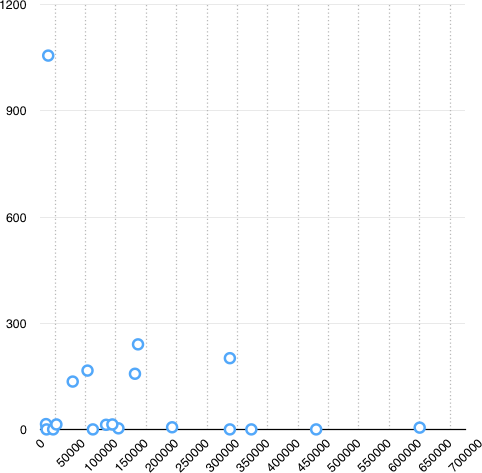 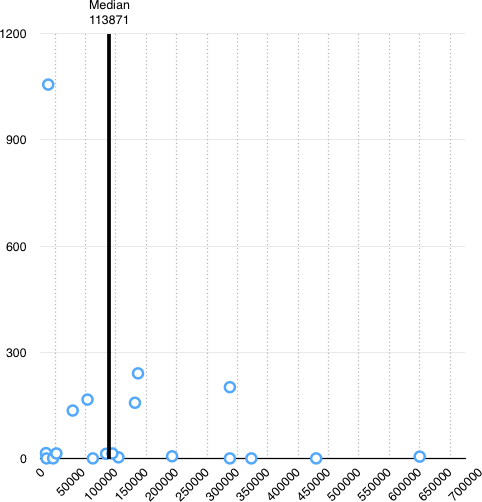