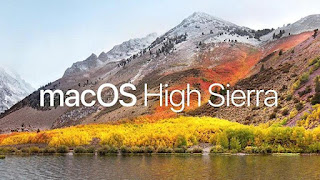 The differences are listed in the developer page macOS Sierra 10.13. The page only documents big changes. No changes related to smart card are listed.

Since Yosemite (10.10) the PC/SC layer is no more a fork of pcsc-lite. So comparing versions with pcsc-lite is useless.

These bugs were found in El Capitan or latter and are now fixed in Sierra:

It is not easy to compare the state of CyptoTokenKit since the source code is not public. Nonetheless I could find changes in the process (this process loads and use the IFDHandler, i.e. the smart card reader driver like the CCID driver).

It looks like Apple has worked on moving from active polling to eventing to manage smart card events (card insertion and removal). I reported it as a feature request: OS X El Capitan missing feature: add support of TAG_IFD_POLLING_THREAD_WITH_TIMEOUT.

They are all new strings in High Sierra except the last one that was already present in Sierra.

Since my bug #24009313 was closed as a duplicate of #17534485 I don't know if the bug is fixed, or not, in High Sierra. This will need some debug logs from a driver. The Terminal command "log stream --debug | grep CryptoTokenKit" gives a lot of details regarding the smart card activity but not enough to know how the card events are generated.

Note that the CCID driver version 1.4.27 provided in macOS High Sierra is the latest version available (as I write this blog). version 1.4.27 has been released in May 2017 (4 months ago only).

You can compare with the status I made for Sierra in "macOS Sierra and smart cards status".

It looks like High Sierra has not seen many changes regarding smart card.