From Wikipedia https://en.wikipedia.org/wiki/Answer_to_reset#Interface_byte_TC1 (with some edition to remove extra details):

TC1, if present, is global, and encodes the Extra Guard Time integer (N), from 0 to 255 (8th MSbit to 1st LSbit); otherwise, N = 0. N defines how much the Guard Time that the reader must apply varies from a baseline of 12 ETU (corresponding to 1 start bit, 8 data bits, 1 parity bit, and 2 stop bits; with the second stop bit possibly used for an error indication by the receiver under protocol T = 0). The Guard Time is the minimum delay between the leading edge of the previous character, and the leading edge of the next character sent.
Except when N is 255, the Guard Time is: GT = 12 ETU + R*N/f
where:
N = 255 has a protocol-dependent meaning: GT = 12 ETU during PPS (Protocol and Parameters Selection) and protocol T = 0, GT = 11 ETU under protocol T = 1 (corresponding to 1 start bit, 8 data bits, 1 parity bit, and 1 stop bit; with no error indication).
Except under protocol T = 1, the card transmits with a Guard Time of 12 ETU, irrespective of N. Under protocol T = 1, the Guard Time defined by N is also the Character Guard Time (CGT), and applies to card and reader for characters sent in the same direction.
Note: The reader remains bound by the Guard Time GT defined by N when other prescriptions specify another minimum delay between leading edges of characters in different directions, even when that minimum is lower than GT.


To make it short TC1 defines a time value between characters transmitted between the card and the reader. The default value correspond to a Guard Time of 12 ETU. But the card can specify a bigger value (the card is not fast enough). 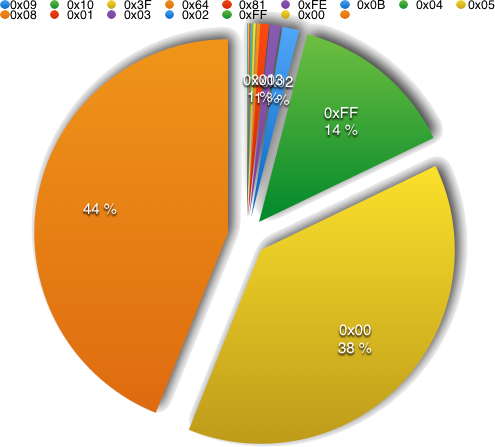 The real number of cards that are not fast enough to use the full speed is only of 4.00% (84 cards).