Subversion statistics for pcsc-lite at September 2010

I used the tool statsvn to generate nice graphics about the subversion activity of the pcsc-lite project.

The full report is available here. We will just reuse some graphics and discuss them.

The project is now 10 years old. The old versions were hosted in a CVS repository on David Corcoran computer. The access was slow. In 2003 the project moved to the Debian forge at https://alioth.debian.org/projects/pcsclite/.

9 developpers committed patches to the project.


A large part of the code was written by David Corcoran. Even if David has not committed any thing since 2004 he is the author of 40% of lines of code.

The number of lines in the project is slowly growing. The main features are present since the beginning. What I do is mainly debug and optimization.

As expected a large part of the "code" is located in the src/ directory.

You can use a live source code explorer at repomap to display things like: 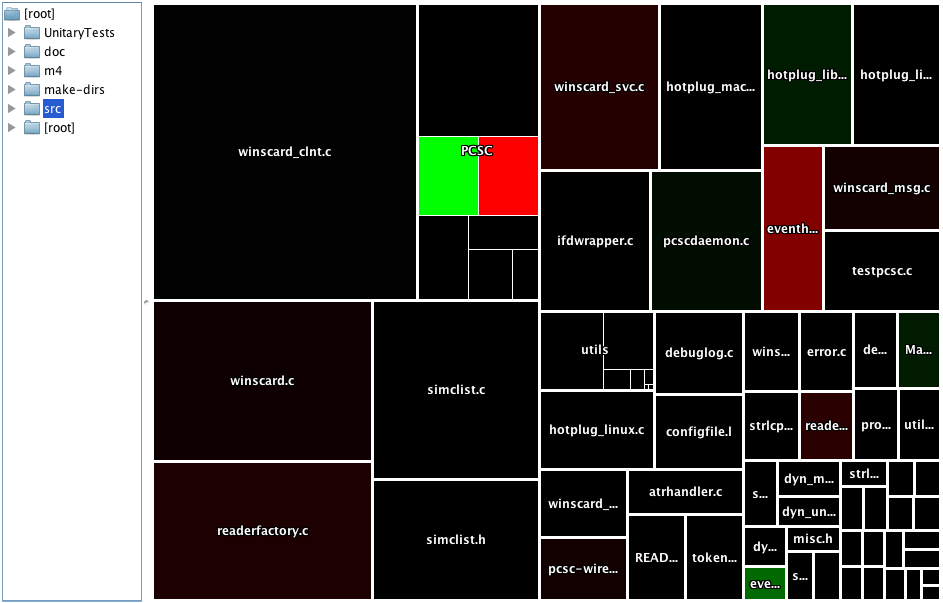 It always nice to stand back and look at a big picture on a project you are involved.

You can also have different graphics from the pcsc-lite project at ohloh.net site.